The subscriptions for the DANWISE prize 2022 are now open. The nomination period is open until 25th February 2022. Nominees can be individual persons, departments, or other functional teams or organizations from one of the Danish Universities, a life science industry, union, or grant funding agency. The nominee or a third party can submit nominations. Find here more information on how to nominate someone for the DANWISE Prize 2022.

We strongly encourage nominations from men, women, and other gender identities.

The winner of the DANWISE Prize will be announced on 8th March 2022. 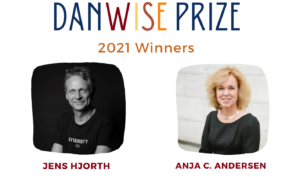 In 2021, the recognition was awarded to professors Jens Hjorth and Anja C. Andersen.

Jens was selected as a winner based on:

– Diverse contacts to the media on gender equality and retaining talent

Anja was selected as a winner based on:

– Contributions on the Task Force for women in Research and Leadership

– Media outreach in these issues