By Ida Vogel and Andrea Toth, from the Danwise Team

Recent analytics indicate that less women apply for research grants than men, and amongst those that do apply, women have a reduced grant success rate compared to their male counterparts. To address this, Danmarks Frie Forskningsfond (DFF) has made changes to their granting policy from a male-dominated to a more gender-balanced one. This was achieved by specific strategies; they provided equal opportunities for both genders, and recruited more female talents. In 2014, the DFF initiated a gender equality funding program for female researchers, called YDUN. Close to 500 women applied for the grant and, due to the enormous amount of applications, only 3% of them could be funded. Overall, the program was interpreted to be a success and to promote female leaders in research. Politically, the YDUN grant roused some dissent and was accused of reverse discrimination. As a result, the program was abandoned. 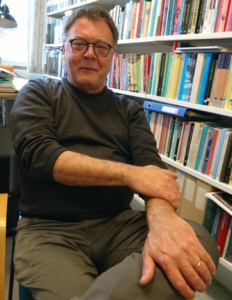 Peter, could you tell us more about your time as chair of DFF? The story starts in 2013 when I became the chair of DFF. We organised a conference where we gathered all the 84 members of DFF plus external parties to address the topic of gender equality. During the course of the meeting we realised that we may all be unconsciously biased against women. We then decided to address DFFs current gender balance politics. So, I suggested to the minister for Research, Innovation and Higher Education, Morten Østergaard to create a program only for female research leaders. This program was very similar to the former FREJA program in the 1990s and a program called “Kvindelige forskningsledere” in 2007-2008. I remember I was on a conference in Berlin when I received the e-mail asking about the name of the program. I thought: the first program was called FREJA, after the Nordic goddess, and suddenly it came to me… Ydun is a Nordic goddess associated with youth. So, there it was! Younger women Devoted to a UNiversity career. Although we got an extremely large amount of applications we could fund only 3% of the applicants, so the overall success rate was low. Nevertheless, the program proved to have an impact since a huge number of female scientists got inspired in the first round and was ready to apply for the next ordinary call. In another sense, the program was not a success itself. There were a lot of political discussions and the spokesperson of the Liberal Party (Venstre) mobilized a collision against the program. Apparently, such a program was OK when the Liberal Party were in the government, but not when in opposition.

Often we hear the opinion that we should not create grants/quotas only for females because the potential applicants will find it humiliating. What are your thoughts? According to the official evaluation report on the DFF website, a few female researchers stressed this point of view. However, in my opinion there is a big difference between quotas for positions and a program directed towards female research leaders. The YDUN program was not about positions, but on giving female researchers a better chance in the competition for positions. Unfortunately, not everyone has seen it that way. The case ended up with some political skepticism towards DFF from some parties and caused many sleepless nights for me. My conclusion was that I would not propose such a program again. Nevertheless, we formulated an “Equal opportunities policy” for the organisation (DFF Ligestillingspolitik). We introduced new initiatives in order to increase awareness and to contribute to an improved gender distribution among the grant receivers. We decided to provide time compensation for maternity/paternity leave and family-related absence with a factor 2 in relation to the actual absence by applications with limitation of PhD age. Furthermore, applications for grants of major research projects should account for the gender distribution in the group of researchers to be established, although, the gender composition is not an assessment criterion itself. The relevance of the latest initiative was not well understood among the applicants. However, data from Norway has provided some evidence that such an initiative is a successful tool by eliminating unconscious gender bias and I believe it had a positive effect in Denmark, too. By stressing this point in applications we created awareness with the project manager about the gender problem and therefore more awareness of the favourable effects of a broader composition in research groups. Additionally, we have monitored the composition of the decision-making bodies at the academic level to further both the diversity and quality of Danish research. Our target is that the under-represented gender should account for at least 40% of all boards, academic councils, sub-councils, and external assessor groups. We still have difficulties with some of the councils to involve the appropriate number of female members. For example, it is highly challenging to involve female professors on the board of medical sciences where only 8% are women and 92% are men.

Why is it difficult to involve female members on the board of the granting bodies? The members of the councils are chosen based on the recommendation of external parties, most often the universities, but also other organisations. Despite the fact that DFF reminds them constantly to propose a sufficient number of female and male professors to the board, the number suggested female professors is far from sufficient.

What can the universities do to increase the number of female professors? They should suggest more female members for the councils, as well as for prizes and travel grants of the Elite Research Initiative (EliteForsk). The department heads should encourage potential female applicants to apply for grants. The number of female professors has increased in our department, although, I have to admit that we have the lowest number of female researchers (amongst the departments of the School of Business and Social sciences at Aarhus University) and this number has not changed much while I have been the head of the department. On the other hand, I have to accept that we should do what we can. But, if we don’t have enough female applicants, we cannot appoint good candidates for the positions. So, the problem is not a one-man problem, but rather roots in the whole society.

Why does your department have the lowest number of female researchers at Aarhus University? Unfortunately, our department has been male-dominated for a long time. It took a long time before the first female professor was hired. Therefore, we have missed out on having good female role models until around six to seven years ago. Despite the fact that our department has continuously open positions, we receive too few applications from female researchers. What I personally experience as head of the department is that women in early career stages are less mobile than males. I think our role is to encourage and enlighten possibilities and career paths for our younger female colleagues. All in all, I believe our problem lies in the fact that we do not receive enough strong female applicants for associate and assistant professor positions, so we must strengthen this layer.

What would be your advice to alter the tendency that fewer women apply for grants and higher leadership positions? I don’t have any quick fixes. Nobody has. The main thing is to have sufficient awareness, especially at the department management level where the real decisions are made. When we select the applicants for a job interview, I make sure that amongst the decision-makers there are also females to avoid unconscious biases. I think it is also important to enlighten the path and possibilities for younger female colleagues – to give them sufficient mentoring.

How do we get women to risk more in case of applications as well in working their way up towards department chairs? Danes are modest. They are modest in pushing themselves forward. So, I think it is the responsibility of department heads to be aware of female talent and encourage them to apply for grants and research prizes or promotions. Having a role model at the early career stage helps. Furthermore, family-friendly working conditions are important, such as avoiding early and late teaching hours for employees with small children. Small things at workplaces can have a high impact.

❖ Have a gender equality strategy; ask applicants to report on gender composition and know your own data and monitor them.

❖ The management must take responsibility for equal opportunities for men and women.

❖ Department heads must be more aware of female talents and to a higher degree suggest them for awards and boards, and mentor the women towards applications, jobs, international stays etc.